This is a continuation of 4 previous blogs about the making of the pickle dish and mariner's compass quilt.  I'm going to show you how to piece the Mariner's Compass Blocks with a freezer paper foundation.

After the pickle dish units were completed, I was able to see where the colors on the mariner's compass blocks needed to fall to give the effect of interlocking circles, which I might have written about in the previous posting.  There were three different mariner's compass block backgrounds and ray colors.  In order to keep this all straight, I decided that I needed to use a freezer paper foundation that I could write on and that then would be removed.  I had to remember to flip the orientation of my notations since the freezer paper foundation would be worked upside down from the finished block.  Here is the freezer paper foundation with all the marking. 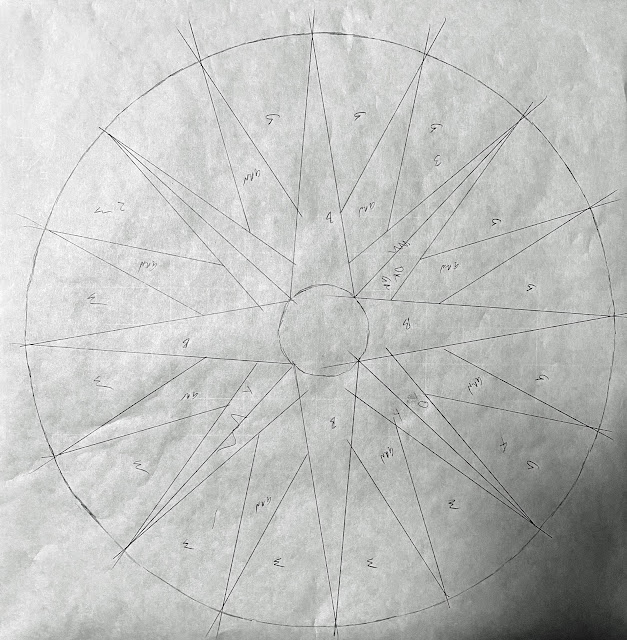 I cut apart the foundation into 4 pieces, then cut those 4 in half; ending up with 8 sections to piece. 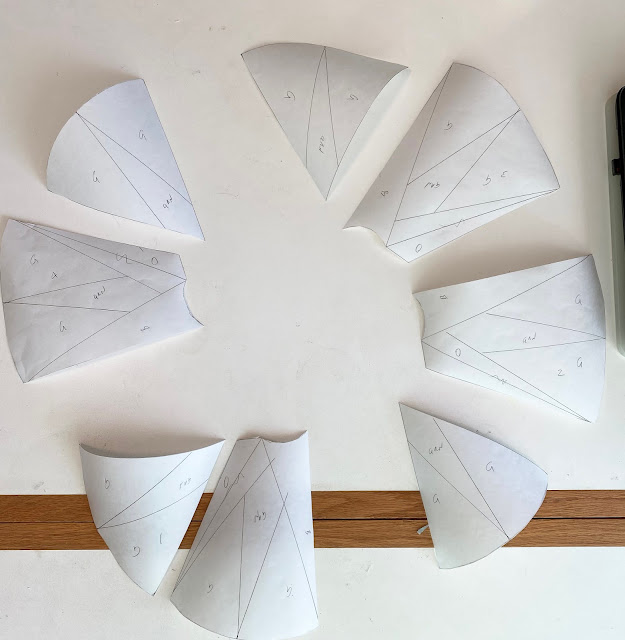 I laid out all the fabrics to correspond with their foundation sections. 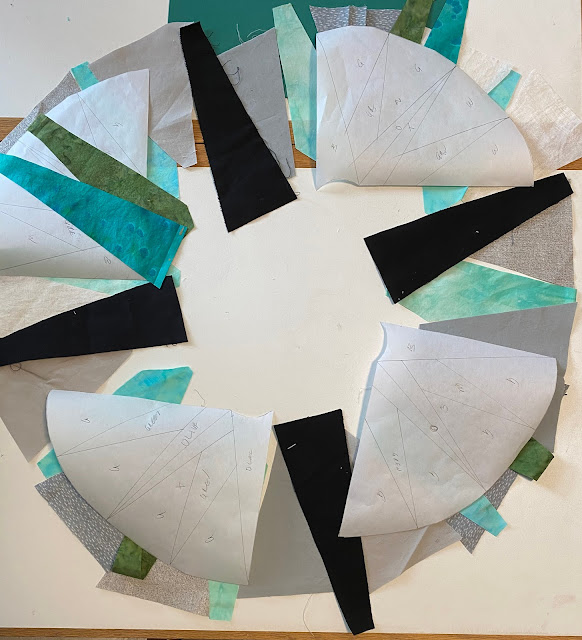 Then I started piecing the lightest (tertiary ray) piece with its background pieces first.  I pinned the first piece in place, right side down. 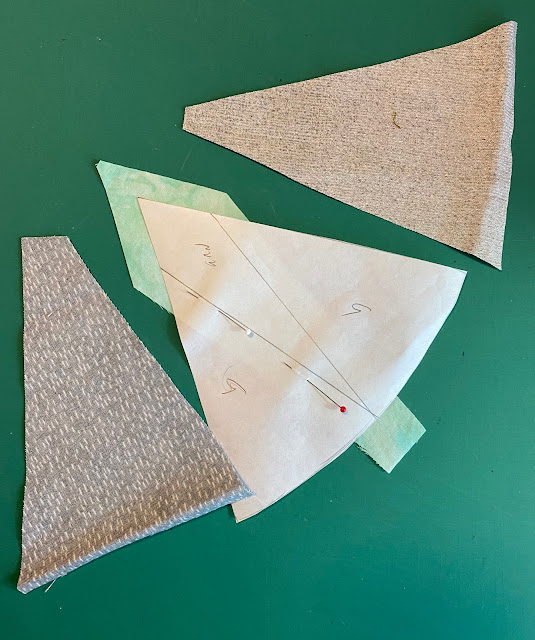 To this I picked up the next piece, and flipped the paper over and sewed right on the seam line.  This process was followed with the other side.  The completion sub-section was pressed and trimmed with 1/4" seams. 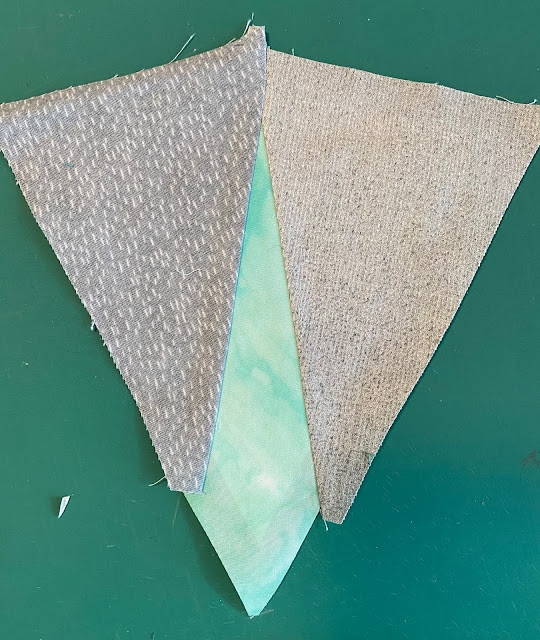 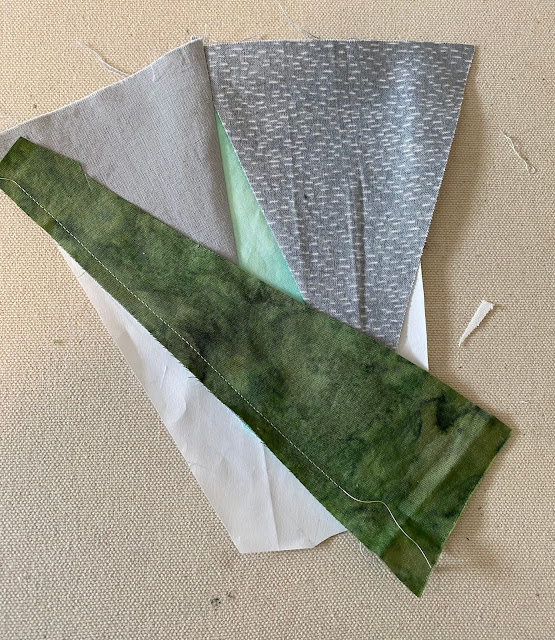 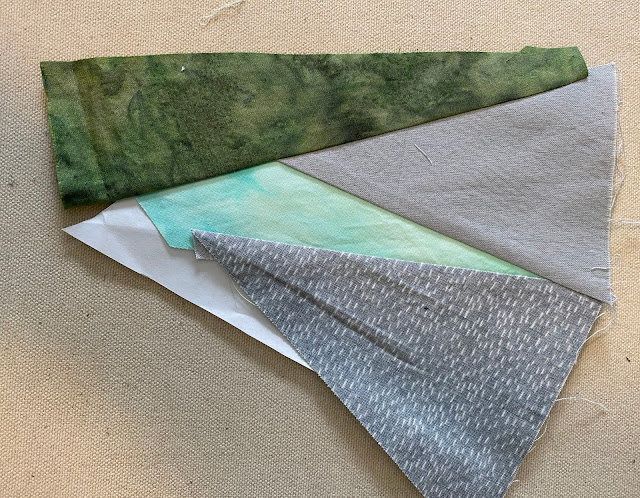 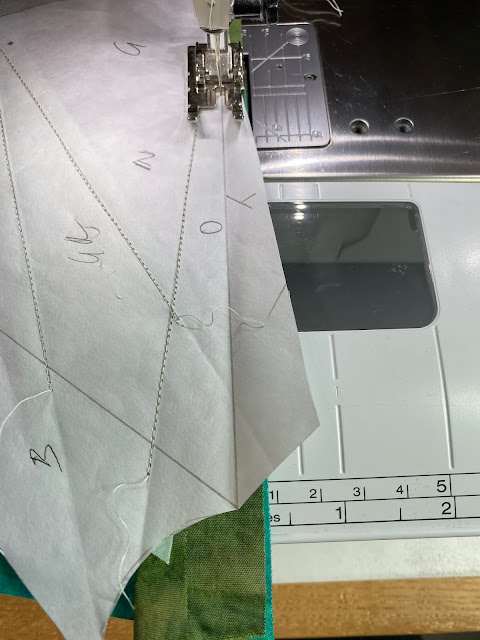 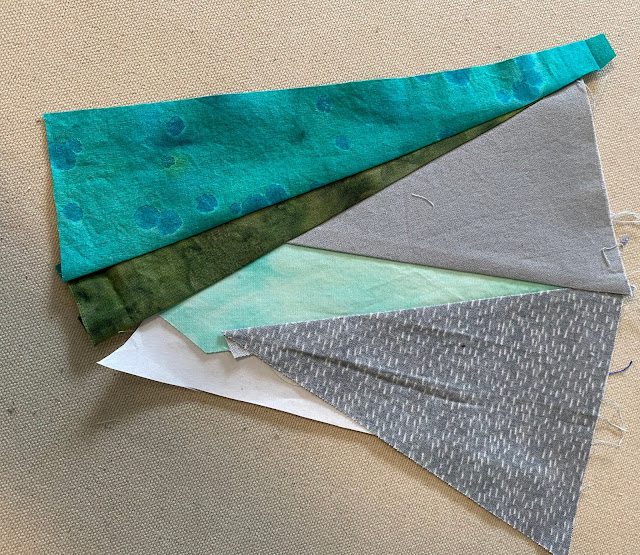 Then the black and largest rays were pieced onto the units.  And the two sub-pieces of the 4 quadrants were sewn back together, completing the 4 major units. 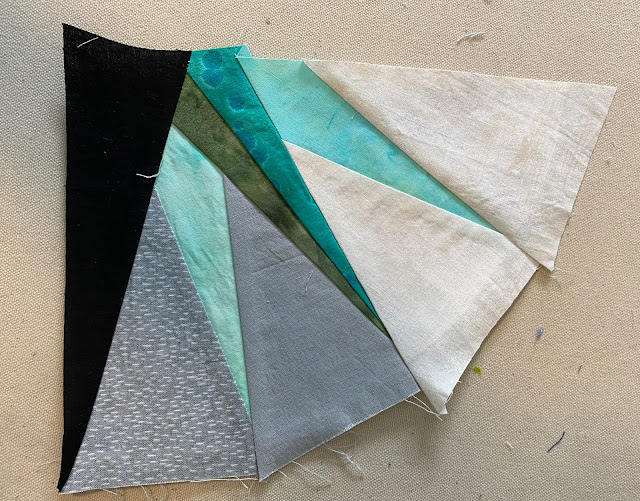 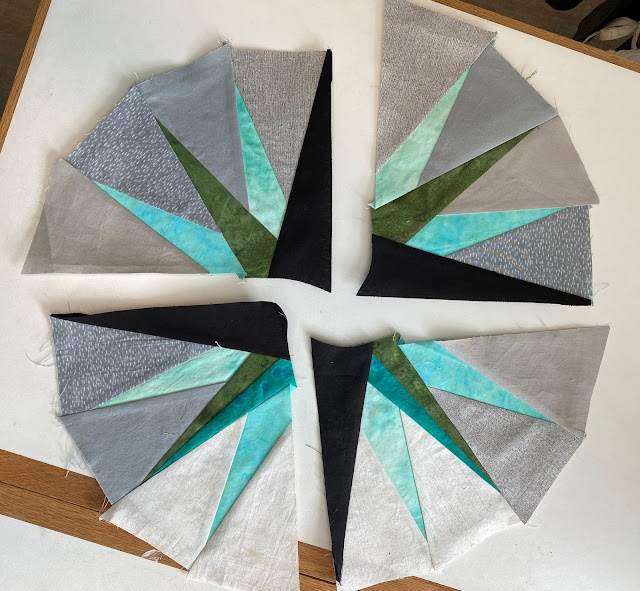 And they were then sewn together in two steps - the top half and then the bottom half. 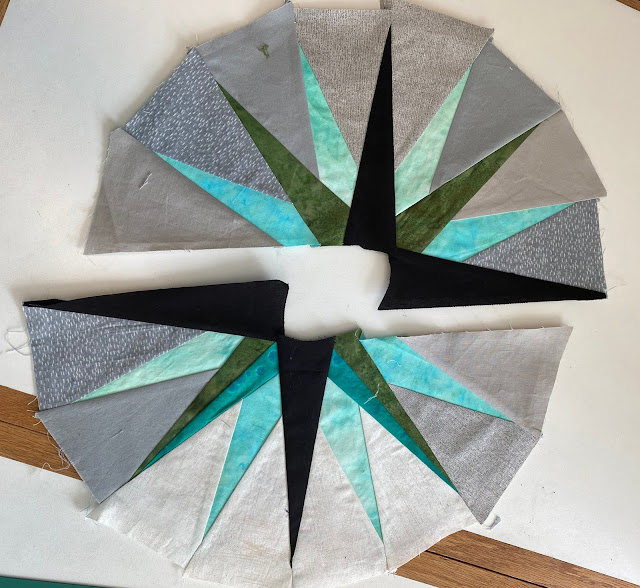 The final steps were to press, remove the largest ray foundation papers, mark around the outside edge on the seam line, and trim to 1/4".  I also appliqued down a round center piece. 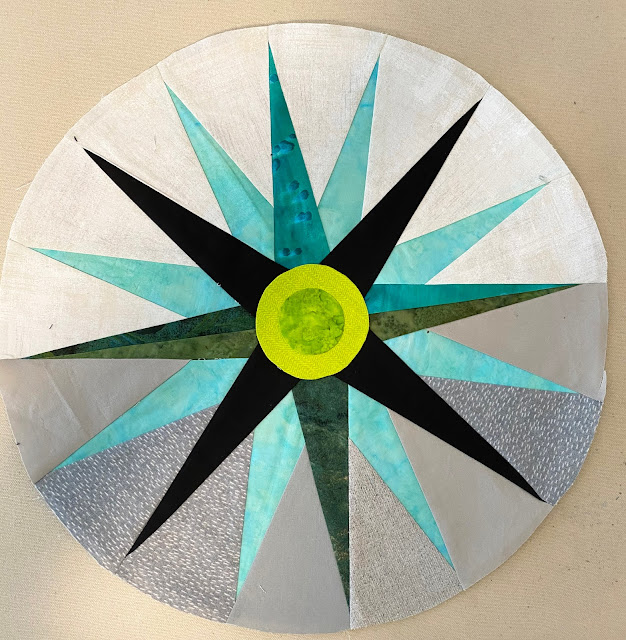 This is decidedly NOT a beginner's quilt.  It's taxing my brain, which is good right?  But I have to admit that I've had to tear out half of the mariner's compass blocks after they were completed, because I got the white and gray background in the wrong spots, even though I had carefully laid the block out before sewing.  Argh!

I hope this helps you sew together Mariner's Compass blocks.  And don't worry about one of two hairs that get pulled out in the process.