My sister Jeanne started to make her first foundation pieced wall hanging for her daughter.  She did a fabulous job of piecing the turtle top, but found that the quilting was just a little beyond her skill set.   So she mailed me the top, the backing, and some extra fabric for the binding.  Here is the top that she sent to me. 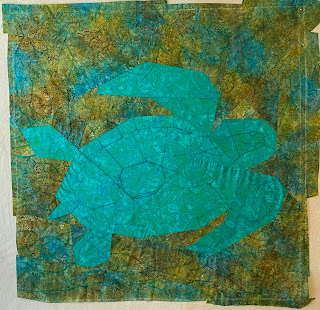 She had made some markings of where she was going to quilt the piece but said that it was up to me whether I wanted to follow the markings or quilt it a different way.  I did like the way she had the turtle marked and used that as a starting point for the quilting.  The background was quilted in the same amount of density, but with meandering stitch. 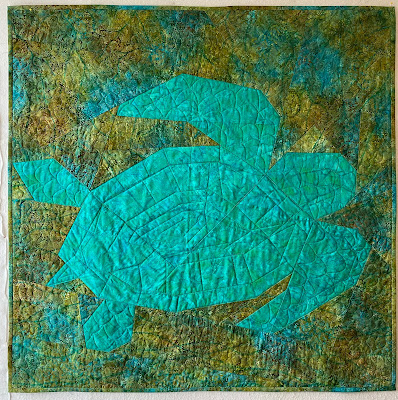 I hope both she and her daughter like the results.