I made a wall hanging for my sister, who is wintering over in Arizona these days.  Since I had a bunch of left over fabric, I decided to make her a throw quilt as well.  It has all the colors of her wall hanging, plus a few more that looked kind of Southwest style to me. 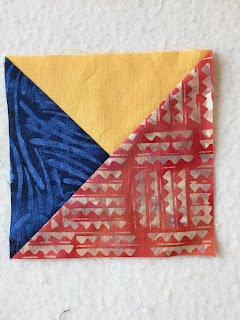 The blocks were put up on my design wall and moved around until there was a layout that I liked.  I quilted it on my sit down longarm with bright orange thread and used a circle ruler.  I love how bright and fun it ended up. 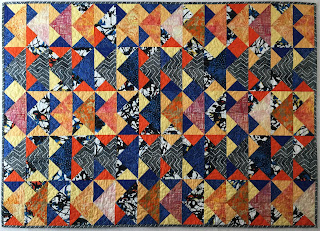 Email ThisBlogThis!Share to TwitterShare to FacebookShare to Pinterest
Labels: Arizona, half square triangles