This is a continuation of 3 previous posts about the making of the Bryce Canyon Shadow Quilt.

After the pieces of "paper" fabric dried, I added more paint and tinted each section darker than the first one, until I achieved 4 tones of each colors.  Then I took pictures of the pieces in monotone to make sure that I had enough difference for the pieces to show. 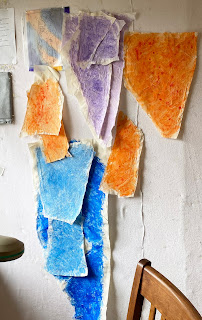 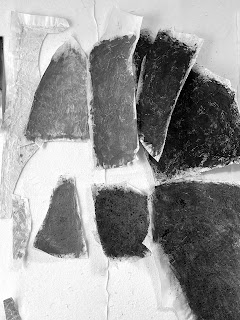 Now that I had all the base materials, it was time to put them together on the design wall.

I cut out sections of the pattern, pinned that to the right shade of each color, cut around the sections and spray basted them directly to the batting, which was placed underneath the full sized pattern. 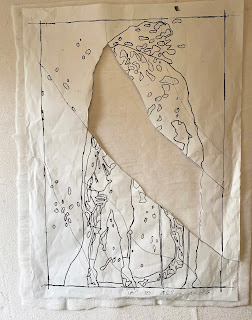 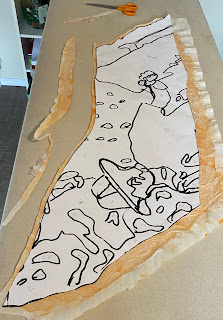 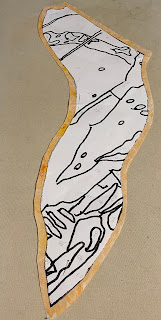 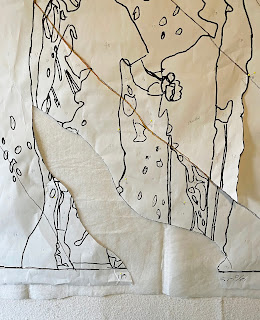 After all the main pieces were placed, I cut out all of the little pieces and pasted them to the background.  I don't know if I would do this again; you can barely see the little spots of color against the background, which already had plenty of variation.

I placed a piece of gray tulle on top of the background.  Then I placed 3 layers of black tulle underneath the section of the shadow.  I sewed around this a couple of times, then cut away the excess. 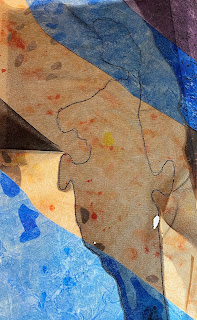 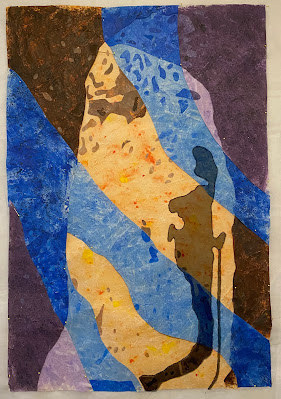 I hope that you like the progress so far.